By Adrian CruceAug 17, 2015, 23:58 pmComments Off on Alternative Treatment Options For Chron’s Disease

There are so many articles on the internet that talk about alternative treatments that are available for Crohn’s Disease. You can see this mentioned in many ways like complementary medicine and integrative medicine. However, no matter how you see it written, the most important thing is talking to the doctor before using alternative therapies. There are some that will work well while coupled with medical treatments but others can interact in a dangerous way. Consider the following only after a discussion with the doctor.

The gastrointestinal tract includes good bacteria that protects against bad bacteria and aids digestion. When taking antibiotics or when an illness appears, the good bacteria supply may not be proper. Probiotics are useful as they are living microorganisms that act like good bacteria and can be consumed. They are not officially proven to reduce Crohn’s disease symptoms and there is a need to perform more studies. However, in theory, it is useful and an alternative that can be considered. Just try those products that are dairy free.

These are carbohydrates that are non digestible and that normally appear in whole grains, onions, bananas, honey, artichokes and garlic. You want to consume them as they are basically food for intestinal bacteria and probiotics. This can improve normal intestinal bacteria function, making the probiotics more effective.

The use of fish oil is highly documented as promoting proper cholesterol health. Based on a medical journey article, fish oil is beneficial for dealing with Chron’s disease because of the anti inflammatory properties it holds. Statistics in studies show that those taking fish oil are 2 times more likely to end up remaining in remission when compared with those that do not consume the oil.

Related Article:  Heal Yourself With Ayurveda

This technique that uses thin needles that would be inserted in special body points is thought of stimulating the release of endorphins in the brain. Endorphins help in blocking pain. At the same time, they will help fight against infection and will strengthen the immune system.

This is a relaxation therapy form. A machine monitors body perspiration level, brain waves, blood flow and body temperature in order to see how the body is responding to pain. The aim is to learn how to control responses. As time passes, biofeedback allows the patient to learn how to manage pain and muscle contractions.

Before you consider such treatments, it is vital that you talk to the doctor since there are some that will dangerously interact with medication you may be taking to deal with the condition. At the same time, some side effects that are completely undesirable can appear. Botanical and herbal treatments that have been reported as helping deal with Crohn’s disease symptoms include chamomile, peppermint, slippery elm bark and aloe vera juice. 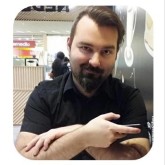 What Is Chromotherapy And What Are Its Benefits?

Adrian CruceJul 02, 2020Comments Off on The Best Yoga Stretches To Do After A Long Flight Or Car Ride